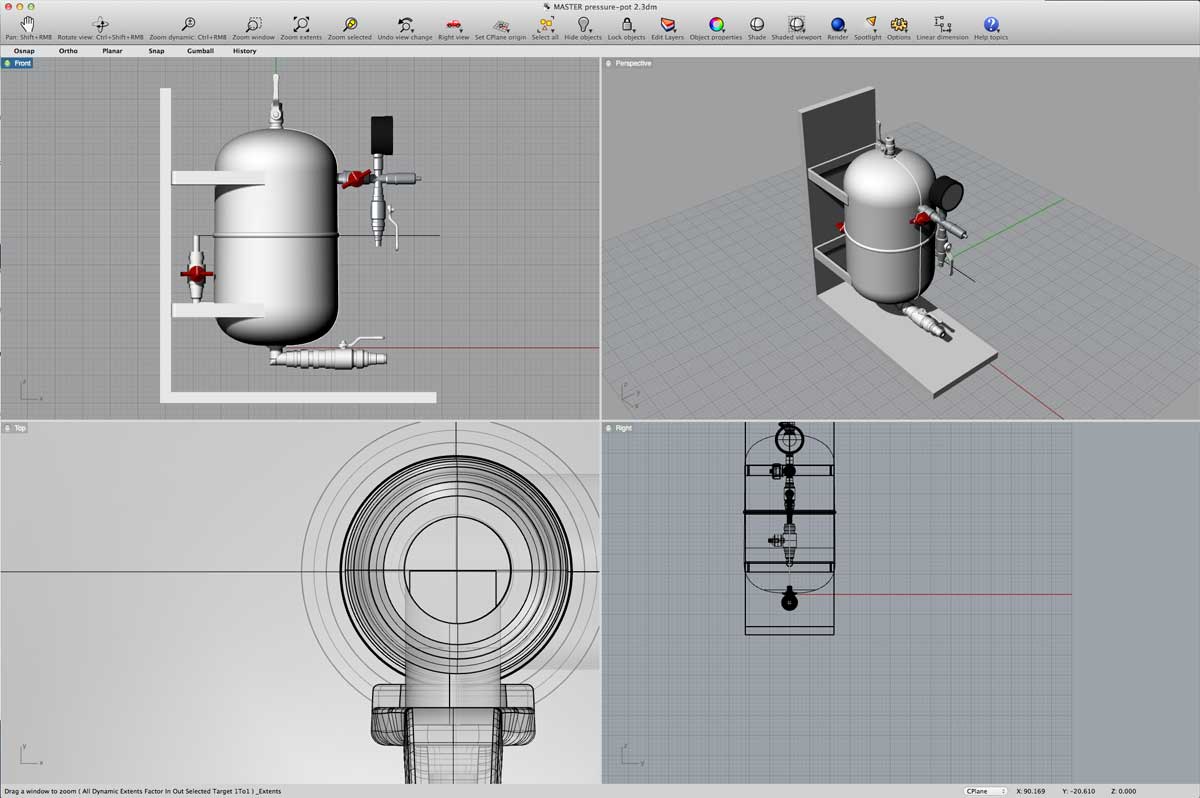 Here are a few screen dumps made from the plans for our new “free” sculpture project. These drawings have been made together with colleague Ton van Summeren. 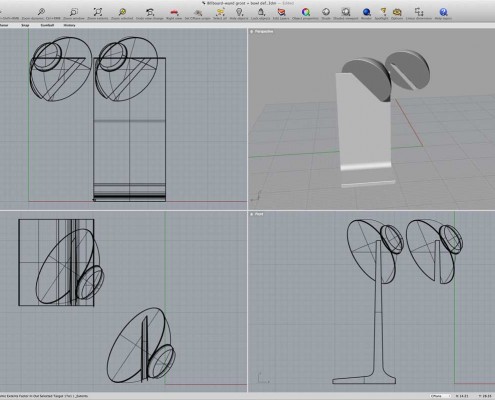 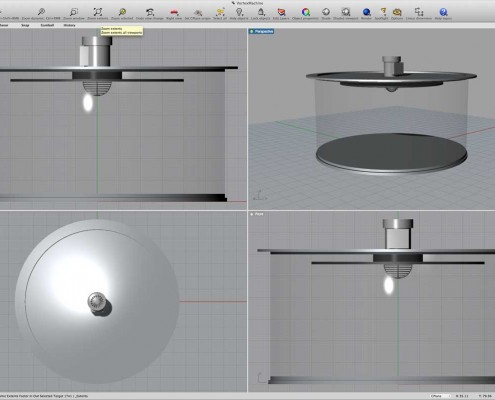 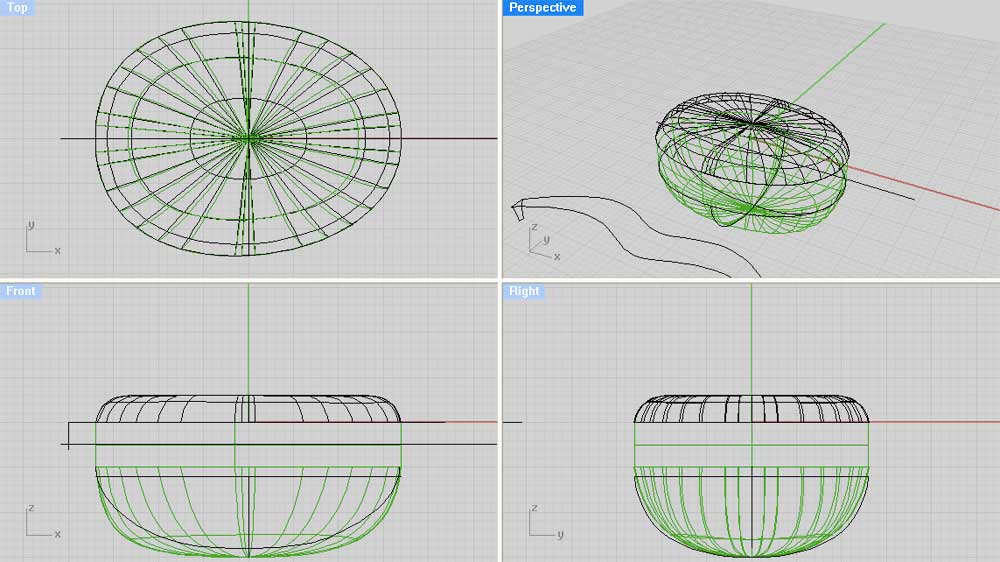 This was our first 3D  printed model. It is a product which was introduced by Douwe Egberts coffee a couple of years ago; the so-called Aromette. The product, made out of compressed coffee powder looks like a large coffee bean. As you buy it in the shops, the product is usually broken and unsuitable for filming. We needed to make “crisp” models for the pack shot and models made out of coffee powder, just like the product itself. These would be used for the special-effects shots.

Hero prototypes
These are the first prototype casts of the hero bean at 70%, 100% and 150%. Drawn in Rhino3D, they were printed at Lars Jonk’s 3D PrintingService. 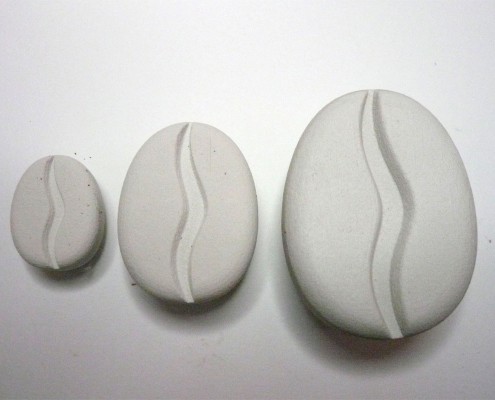 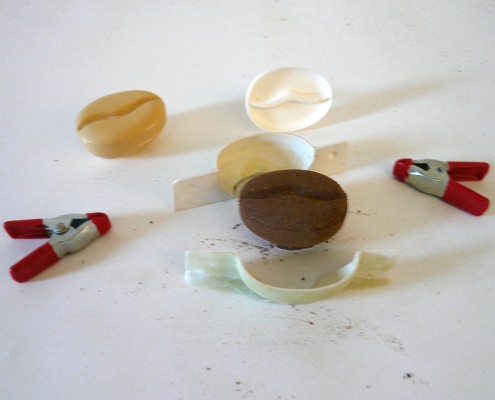 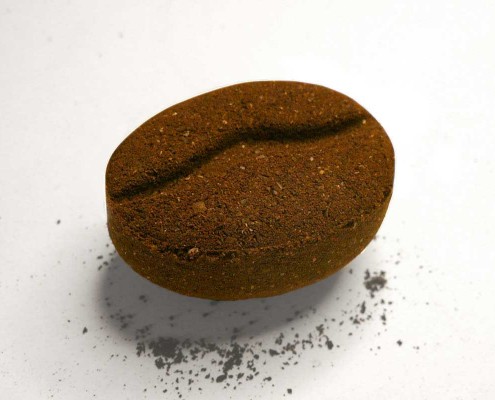 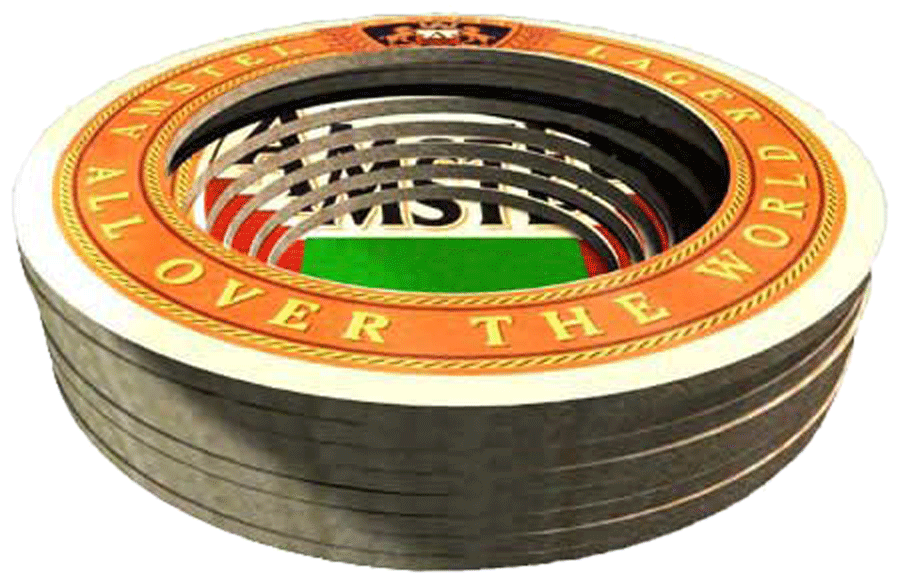 A beer sponsor wanted a stadium built out of glass felts. In order to see what the model might look like and to establish the proportions we made it first in 3D..

This is our rendering of the proposal for Amstel beer, to be used at the time of the Champions League final. The intention is to see if the “Arena” would be recognizable when built out of beer mats. As it turned out, in order to be able to read the Amstel logo, each beer mat would have to be printed individually with the design in a different position each time. The project is by Bates, Not Just Film in Amsterdam.

This realistic rendering of a luxury boat was made from the original CAD drawings by 3D artist Mike Hallam. From his rendering we can derive “walk-throughs” and “fly-rounds”. 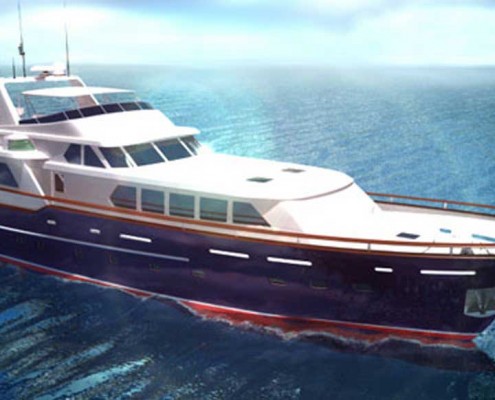 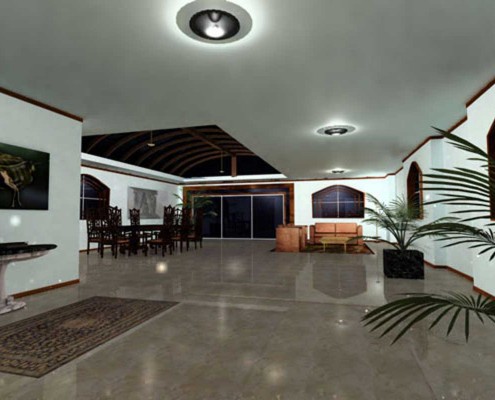 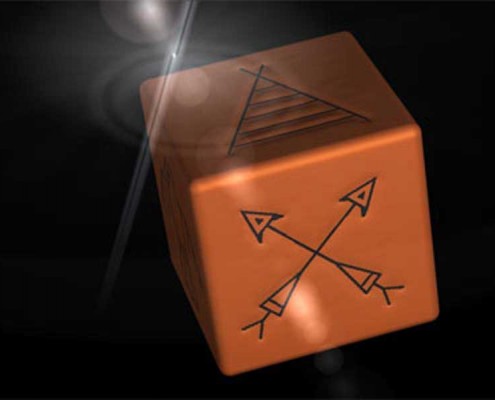