Beer  contains energy in the form of stored gas which gives it the potential to make exciting forms. We work with bubbles, foam, density etc. This can involve plumbing, pumping, pouring, spraying of beer in custom made aquaria,and over-size glasses… 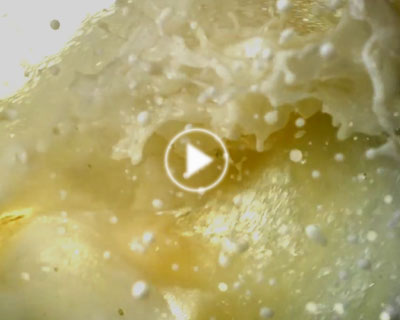 The third Duvel commercial we worked on involved an explosion of beer, just like Duvel 2. We worked to control the explosion of a full glass of beer. This had to happen in the hand of our hero!

Most of the things we found out about beer we discovered while working with Stef Viaene. In this latest commercial the development we made several new effects, which we had not attempted before.

Basically this film is a reverse explosion of beer. We tested the exploding glass shot in our studio in Amsterdam, varying pressure, angles and timing to get the best results, and then moved on for a test shoot in Brussels, (at our friends at BFX), to test using the Phantom. 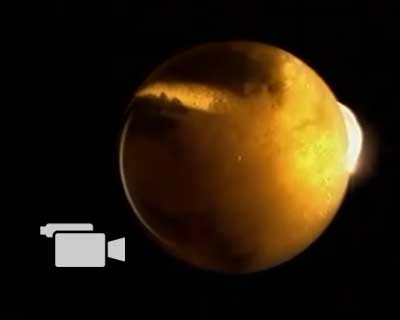 Below are some of the images taken from the first commercial we made with Stef Viaene for Duvel. The idea was to see a planet in the Duvel glass. We made many glasses at 200%. Glasses without stems. Rigs to hold glasses from the top. Bubble generators in the glass. 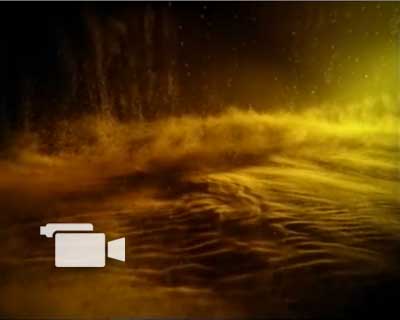 DUVEL – ‘under’ the head of beer

For the second Duvel commercial made by Stef Viaene, (for Latcho Drom in Brussels) VIZ.NL made a giant aquarium of Duvel beer…

In fact this shot was made in a giant (2000 liter) container of beer. The undulations in the foam which give this sea effect were made by letting off a compressed air mini-explosion in the aquarium. 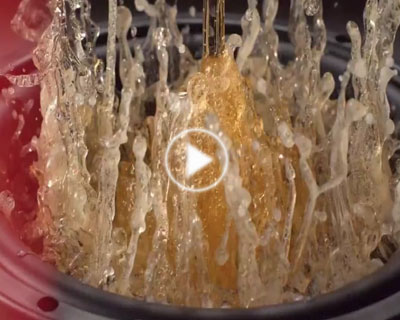 Directed by Bob Jeusette …. – for Caviar, Brussels we made the typical ‘liquid bouncing in a speaker shot’ and did the beauty shots.

The tests can be seen on the project page 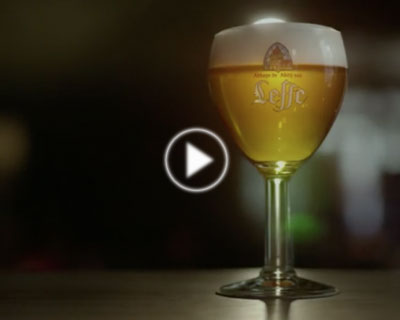 Click here to go to the ‘making of’ page 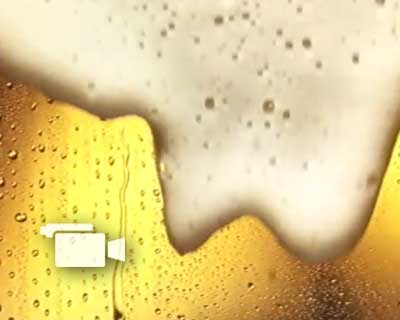 Space shuttle, train and beach made from beer

This is one of a series of 3 short commercials for Kronenbourg. We had to make beer look like a train, a space-shuttle taking off, and a beach. Made by Stef Viaene for Pix & Motion in Brussels. 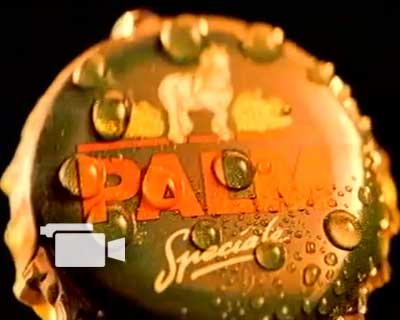 We made the aquaria and rigs for these Palm beer commercials. It was directed by Stef Viaene for Latcho Drom in Brussels. 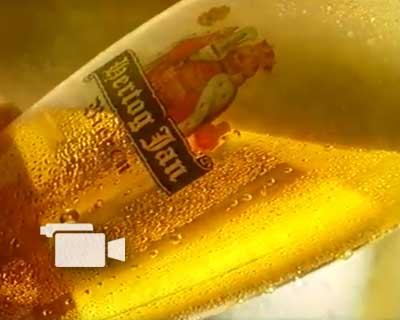 The castle in this film, which was made by us, was a model,(1m50 x 1m50), which was matted into real footage of a knight galloping home. Ronald Koetzier shot the commercial for Will v/d Vlugt Productions. 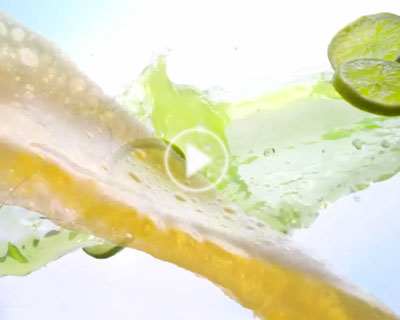 DOS EQUIS – Spirals made from beer

Director and d.o.p. Ronald Koezier was asked to physically make spirals of beer. The spirals had to be tight, with considerable volume, without expanding outwards too much.
We were filming using the Bolt motion control system of Alex de Heus. 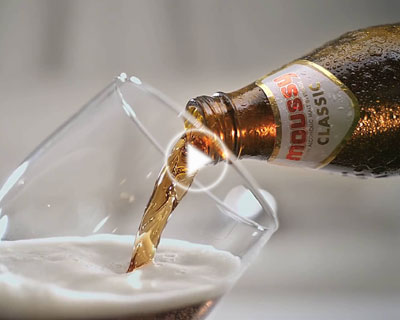 Moussy alcohol free beer for Saudi Arabia.
Marwan Nicolas, producer at Dreambox Films in Beirut invited us to help on this commercial… Directed by Emile Slailaty and Tony Khazen D.O.P. 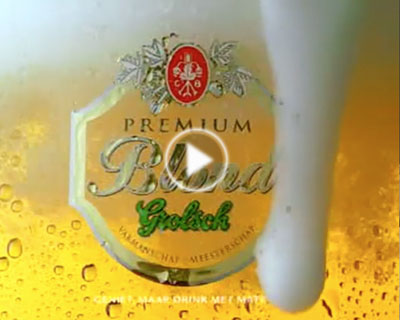