Mechanisms to move or simulate a movement of an object, maybe a watch mechanism or a turning movement, while rigging would be more to move a camera or materials to facilitate a particular film shot. 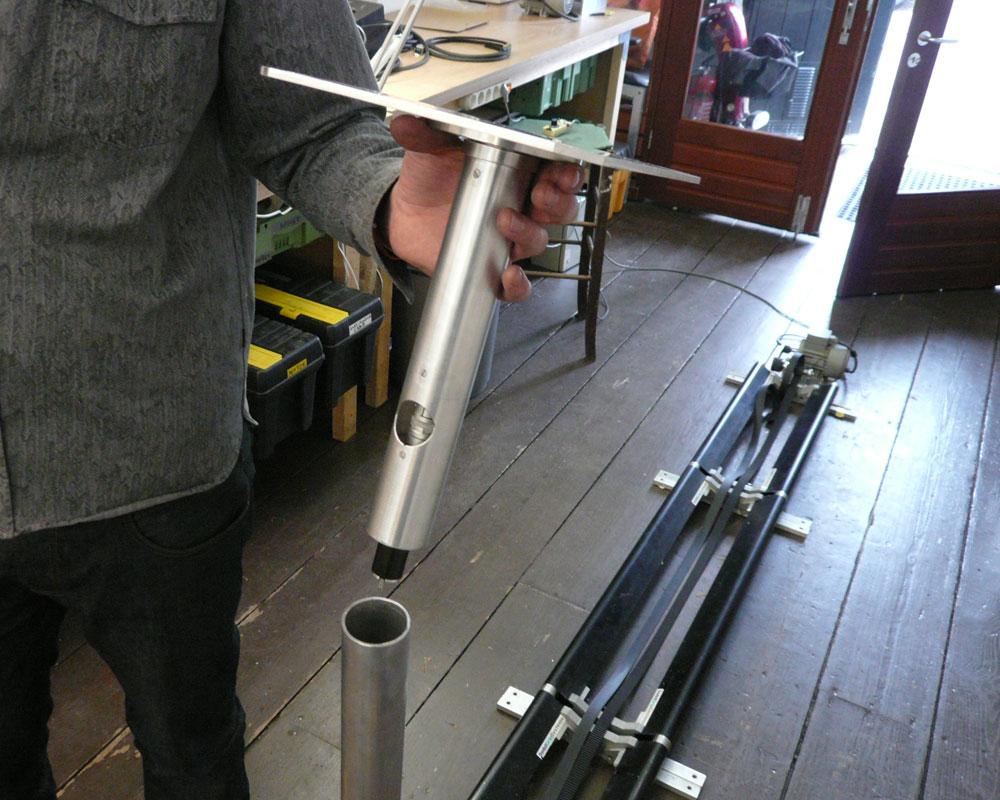 For the recent Samsung commercials shot by Raf Wathion we made belt driven rails, and turntable mounts for a Samsung laptop. The turntable mechanism was also able to open the lids of the computers. 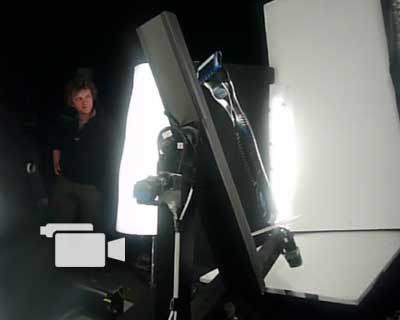 This is a model-mover being tested in our studio in Amsterdam. Counterweights have been introduced to steady the movement. The model, made by Brooklyn Model Works in New York, measures 90cm. x 30cm. It weighs 3.4 kg. The photo on the right shows the dimensions of our rig and the positioning of the stepper motors.

The steppers are controlled through our own interface using MaxMSP. 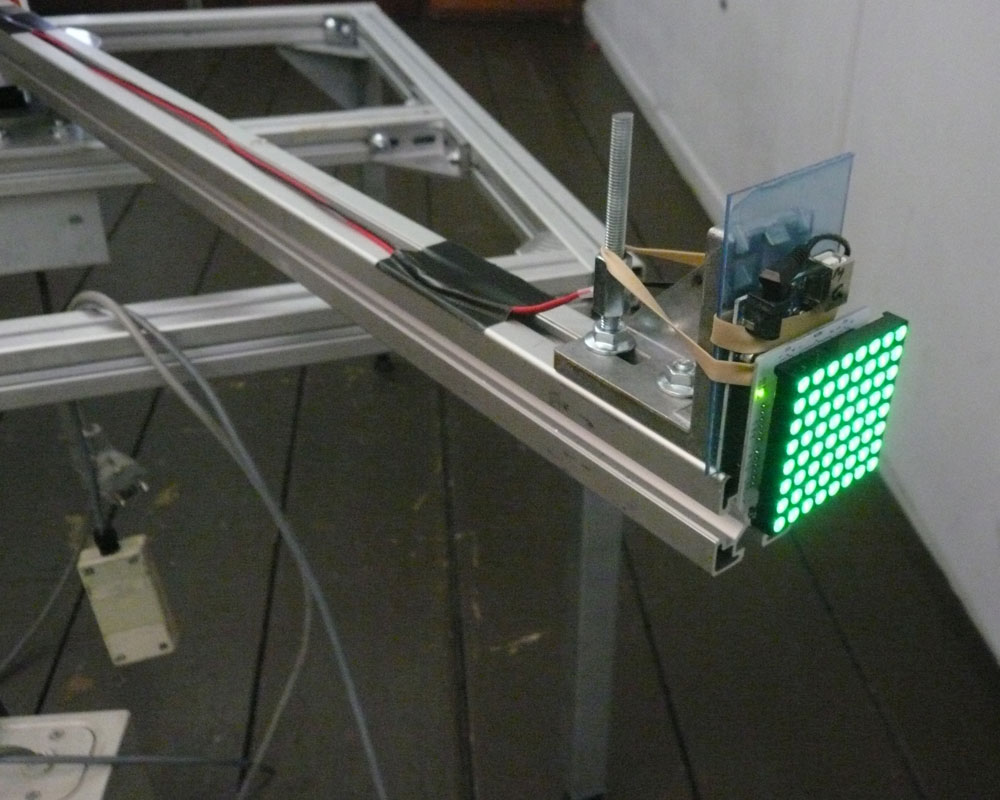 This is a test for a recent project using the “persistence of vision” effect. It consists of a varispeed motor with a two meter arm. In the film on the left an i-phone is attached half way along, so as to make a circle of 1meter diameter.

We made the first tests using a LED matrix running from an Arduino, later we moved over to the i-phone as light source.

Because the i-phone travels so fast the human makes a stripe out of it’s screen. If the speed is high enough you will eventually see a circle.

In this test film the arm is turning at approximately 120 r.p.m. & the telephone moves at 45 km/hour 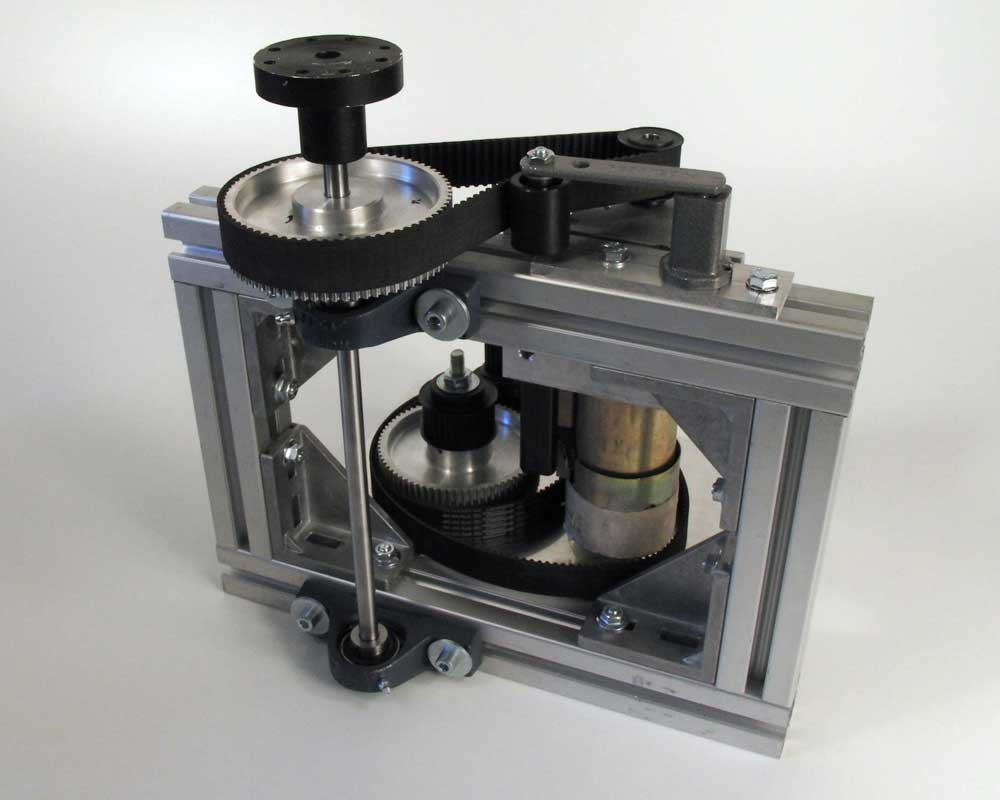 The speed, timing and triggering can easily be controlled…

We use these to precisely position objects in the air during a fall shot. Check out the Boursin project page for example… 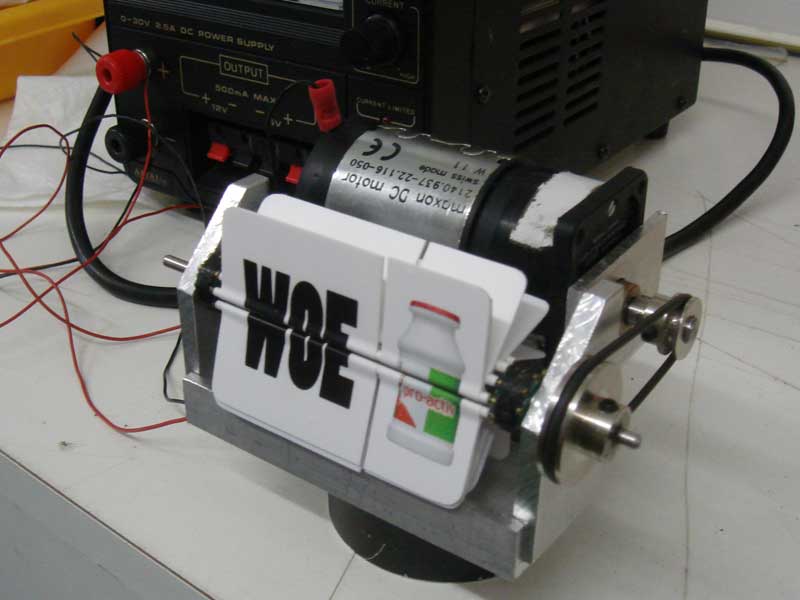 Grey advertising asked us to make a working ’70s digital clock for a film for their client Becel. On a very short deadline we improvised a working mechanism. Using available cogs and materials we managed to empirically work out the geometry of the mechanism. Not only did the mechanism have to work but it had to fit in a small ball. We started with a transparent ball to see what was going on…later the ball was sprayed in Becel colours.